Richard III the making of the tomb

A major project I have been shooting for the last six months, has just been completed. This is the making of Richard III tomb in Leicester Cathedral.

Richard III remains were discovered by archaeologists in a car park in Leicester. An exciting discovery which lead to a ‘proper’ burial in the city’s Cathedral on 26th Match.

It’s been an amazing six months seeing the tomb and altar being made from scratch by James and his dedicated team, and a once in a lifetime opportunity for me, as a photographer, to document this process. From a rough rock  into a fine work of art which will now be in the Cathedral for everyone to see.

Leicester is a city worth visiting and now there is another reason to go. Make sure you stop at the Cathedral and visit the tomb. Having witnessed the creating of it, I am truly impressed by the amount of talent, craftsmanship and dedication that went into it.

I will post more photos later in the week. 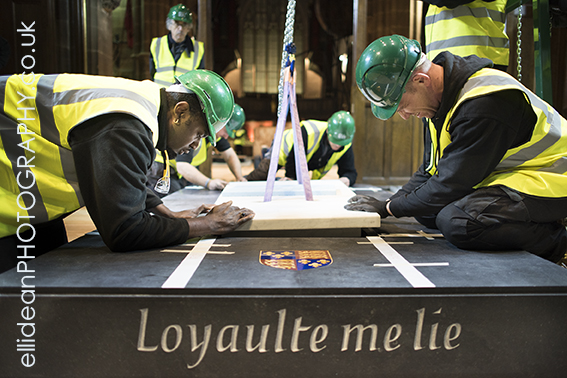